The Price of Serendipity 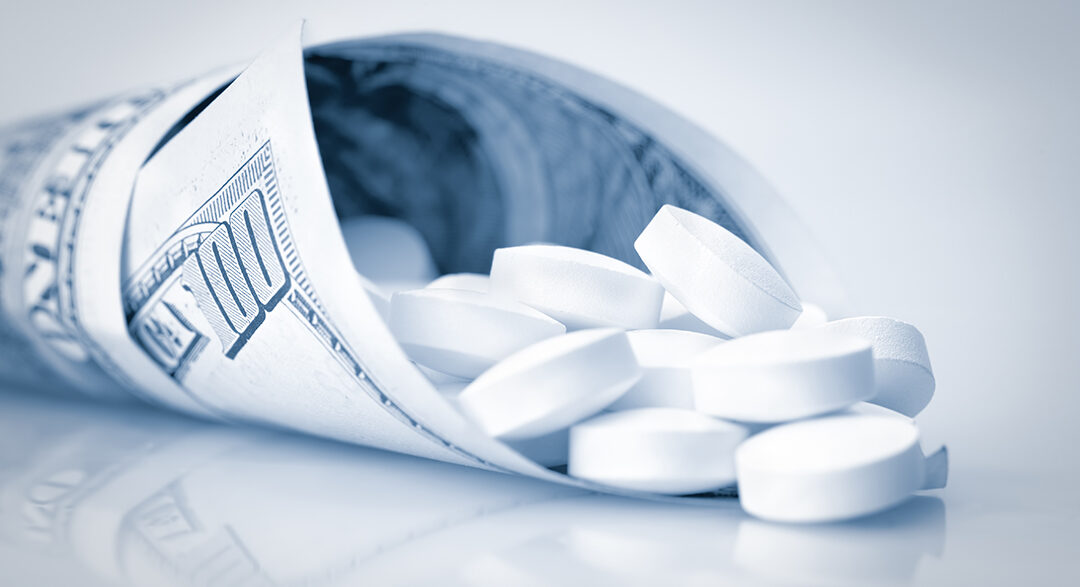 Drug pricing is a hot topic these days. Revolutionary treatments addressing devastating diseases are finally making it to the clinic, but what is the right price for saving, extending or improving a life? I see my social media feed fill up with angry rhetoric against drug companies, calling them out on their “greed”. I know something they don’t – considering the millions of stumbling blocks along the way, it’s a miracle any new drugs are developed. This was recently brought back into focus for me when reviewing the full story of a drug called Mayzent® (siponimod), developed by Novartis and recently approved for multiple sclerosis (MS), a debilitating disease caused by autoimmune attack on the protective myelin sheath surrounding neurons. The effort started back in the early 2000s by a team of researchers at the Genomics Institute for the Novartis Research Foundatin (GNF), who wanted to find a way to improve upon the cardiovascular side effects experienced with the groundbreaking therapy Gilenya® (fingolimod), approved for relapsing remitting multiple sclerosis (RRMS). Fingolimod works by decreasing levels of circulating lymphocytes through loss of function of the G-protein coupled sphingosine-1-phosphate receptors (S1PRs). These S1PRs are normally localized to the cell surface where they respond to chemical gradients of sphingosine-1-phosphate to mediate trafficking to sites of inflammation. The unique mechanism of fingolimod involves first activating these S1PRs, which then leads to receptor internalization; this process, known as desensitization or reverse pharmacology, results in overall loss of the S1PRs from the cell surface, thus ultimately preventing the lymphocytes from trafficking out of the bone marrow to sites of inflammation in the CNS that lead to demyelination. The issue with fingolimod is that lymphocytes are not the only cells that express and respond to S1PR activation. Patients who started on fingolimod had to be monitored extremely closely due to transient bradycardia, an effect linked to the broad activity of the compound against all classes of S1PRs (1-5) and its long half-life. While the effects were transient and disappeared after cardiac receptor desensitization, it was severe enough in a handful of patients that it necessitated extensive monitoring. This was inconvenient for both patients and physicians and thus limited use of the drug. The scientific team set out to improve the receptor class selectivity and long half-life of fingolimod, running a high throughput screen for new chemical structures and then optimizing those molecules. This effort ultimately led to the identification BAF312 in 2003. Unlike its predecessor, BAF312 was more selective for S1P1 and S1P5 and had a shorter half-life allowing for better control of drug levels in humans. Along the way, researchers had presented data suggesting that the activity of fingolimod against S1P1 was driving efficacy while it was the activity of fingolimod against S1P3 that led to bradycardia. The Novartis researchers were therefore very encouraged that they had identified a molecule that maintained potency at S1P1 but lacked activation of S1P3, and they pushed forward with the other lengthy pre-clinical testing efforts including animal toxicology and manufacturing optimization. Additional publications also started to suggest that the activity against S1P5 together with S1P1 could confer a unique benefit in improving remyelination of damaged nerves.

With a promising profile in the other pre-clinical MS efficacy and toxicity assays and a path for drug substance manufacturing identified, the team got their IND approved and moved forward into clinical trials. But they hit an unexpected roadblock. When they administered BAF312 to patients, they found evidence of bradycardia.   Despite what had been published, bradycardia was not fully specific to S1P3 activation, and therefore the team had seemingly failed to meet the primary safety improvement over fingolimod. They considered halting the program altogether. Not willing to throw in the towel so easily, the clinical development team dove into the data from the Phase II trial and noticed that in patients where the dose was gradually titrated up, they did not have the same bradycardia. This allowed them to craft a viable strategy for the Phase III trial where they titrated the drug slowly up to efficacious levels. The next challenge was how to apply the drug to address the current unmet needs in MS. By this time, >10 years of experience with fingolimod showed it did a good job at addressing RRMS. Thus, the clinical development team knew they had to shoot for an area of MS where there was still unmet need. This led them to secondary progressive MS (SPMS), which represented a clear need due to its more aggressive disability timeline but carried a high risk for treatment failure. Previously, despite many trials, only beta-interferon had ever demonstrated efficacy in SPMS. In fact, as the trial for BAF312 was getting started, data came in that fingolimod had failed to show any efficacy in SPMS. The development team was faced with a decision – should they stop the BAF312 trial due to high risk for failure? After running an analysis, they decided to go ahead and complete the trial, but slow down other costly development efforts like regulatory filings and building up the commercial launch team while they waited for the data. In 2016, the results came in….and they were positive! While it wasn’t a cure-all, BAF312 had demonstrated clinically meaningful improvement in progression of SPMS. The development team restarted their regulatory and commercial launch efforts, leading ultimately to the final approval and launch of BAF312, now known as siponimod, to the broader MS population.

Sixteen years. Take that in. It took 16 years from the time BAF312 was first synthesized on a lab bench in La Jolla until it became an approved therapy. Hundreds of people worked on that project over those 16 years – whole teams in chemistry, pre-clinical biology, pharmacology, formulations, compound manufacturing, quality, clinical development, regulatory, legal, commercial sales and marketing. Each stage of development is progressively more costly, with pivotal trials sometimes running into the hundreds of millions of dollars. There were several forks in the road where the whole effort nearly failed. Not due to anyone’s poor judgement or lack of effort, but instead due to the continued mysteries of human biology. And this is just one drug to treat one subpopulation of one autoimmune disease. Each bottle on a shelf at the local pharmacy has a story like this behind it….and for everyone we see, there is a slate of drugs we’ll never hear about because they failed along the way. The debate about drug pricing will continue to rage – and it should, because the balance between providing life changing therapies and providing returns to investors will always be difficult to strike. Factoring in the many twists and turns of the perilous path we call drug discovery and development is a critical part of the calculation.